An End in Sight: What the Latest Vaccine Updates Mean 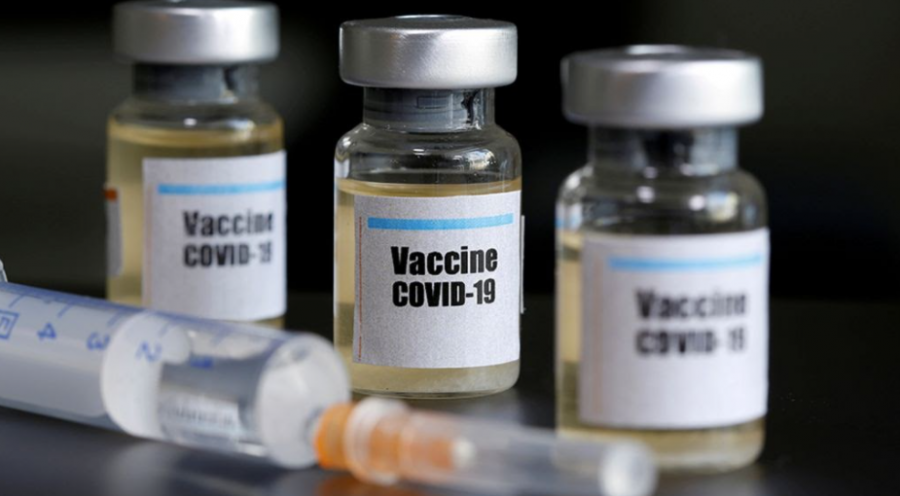 Since March, our lives have been upended by the deadly virus known as Coronavirus and though hopes were high for life to be normal by the fall that is unfortunately not possible with cases being on the rise once again. Thankfully, we have amazing doctors and researchers working round the clock manufacturing and testing vaccines. But what exactly is a vaccine?

A vaccine consists of very small amounts of dead or weak germs which can cause a disease. To put it simply, vaccines work to prepare your body to fight the disease more effectively so that you do not get sick. They work as an important form of primary prevention and are one of the many ways the body can defend itself against the disease.
Throughout history, vaccines have allowed control over life-threatening outbreaks of diseases such as measles, tetanus, whooping cough, and polio. The benefits of vaccines are not limited to just the person receiving the vaccine – when there are enough people vaccinated, it creates a wider benefit and protects society as a whole.Overwhelming research has proven that vaccines are safe, highly effective, and side effects are rare. If side effects do occur, they are typically mild.
So how do they actually work? Vaccines teach the body to recognize a safe version of the real disease. This safer version can take many different forms including a dead or inactive form of the pathogen (disease-causing microorganism), a weakened pathogen, and others. The body is taught to make antibodies against the antigens of pathogens that are in the vaccine. Antigens are located on pathogens and often trigger the immune response. By forming antibodies which correspond to these specific antigens, the body is prepared to fight the disease at a faster rate in the future. In summary, when a vaccine is given, the body builds an adaptive immune response to fight off the disease when there is an actual infection.
There are typically two parts to a vaccine – the antigen and the adjuvant. The antigen is the piece that the body has to learn to recognize. The adjuvant is what sends the “danger signal” to your body and helps you develop immunity by allowing your immune system to respond more strongly against the antigen as an infection.
Finally, there are two types of immunity. Active immunity occurs when your body is triggered to produce its own antibodies against antigens of the pathogen. This creates long-term protection and can occur after an infection (natural immunity) or through a vaccination (artificial immunity). Passive immunity, on the other hand, provides short-term protection and results from receiving antibodies that are not your own. A common example is when a mother breastfeeds her child, passive immunity is transmitted naturally. 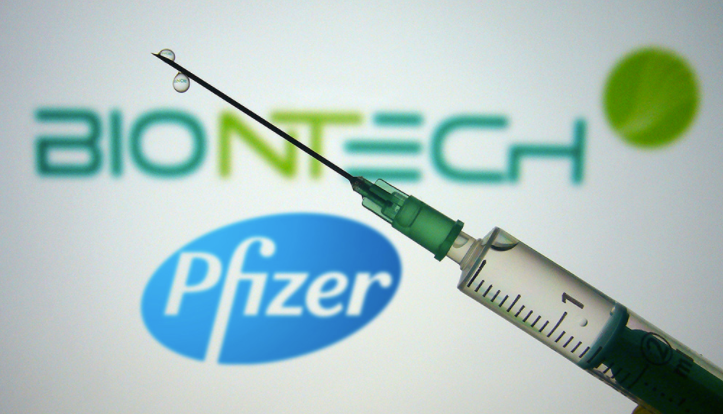 On November 9th, Pfizer, one of the world’s largest premier biopharmaceutical companies, became the first major company to release news regarding an effective vaccine. Their vaccine, made by the firm BioNTech, had proven to be at least 90% effective and in the following days that number was raised to roughly 95%. There also seemed to be no serious side effects and safety concerns from testing stage results. The only downfalls seem to be that Pfizer’s vaccine requires two shots before it is effective and a storage temperature of about -94 degrees Fahrenheit, which means that people without access to large medican and urban centers would need to wait for other vaccines that are more easily stored.

However, since Pfizer’s announcement, two more major companies have released promising results. Moderna, an American biotechnology company based in Cambridge, MA, has released news of a vaccine that does not require extreme temperatures to store. Their vaccine has an efficacy rate of about 94.5%, though it too requires two shots, and also has had no serious safety concerns and things are looking up.

The third company to announce a vaccine with a high efficacy rate came from a collaboration between Oxford University and the global biopharmaceutical company AstraZeneca. The vaccine is cheaper and seemed like a good option however its initial efficacy rate of over 90% has very recently been disputed due to inaccuracies in their testing and reporting and seems to be closer to an average of 70%.

It is important to note that despite no serious safety concerns arising from these vaccines, some symptoms may appear with vaccination such as mild fevers, muscle pain and chills. Doctors are urging the CDC to ensure all Americans are aware of this so they are not afraid to take the vaccine’s second shot if experiencing symptoms after the first.

All three companies have said they are seeking regulatory approval to distribute their vaccines out to the people and Pfizer, on November 20th, already filed for FDA emergency authorization. The FDA plans to meet soon after Thanksgiving to decide whether to green-light Pfizer’s.

How and When will the Vaccine be Distributed?

Now the question remains: if a vaccine is approved in the coming weeks, how long will it take for the masses to be vaccinated and when will things be back to normal? How will they be distributed when there are millions of people vying for the return to their normal lives?

According to Moncef Slaoui, Chief Scientific Advisor of the government’s program focused on vaccine manufacturing and distribution known as Operation Warp Speed, things could be almost back to normal around summer of 2021. An estimated 70-80% of the population will be vaccinated by May or June which is a substantial number. However, masks will still need to be worn and slight social distancing would be the right thing to continue doing until more is known about just how protective the vaccines are. Huge gatherings like baseball games and concerts may not be permitted until next fall.