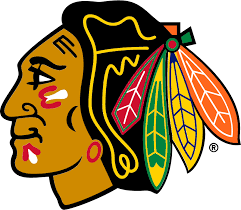 The Bulls are now not the only team in Chicago that is using the time off during the Coronavirus pandemic to do some major clean up work. It’s the Blackhawks. The Blackhawks released a statement Monday afternoon that they have relieved their President and CEO John McDonough. McDonough has been the President of the Blackhawks since 2007 and got the title of CEO added on June 1st, 2011.

Chicago Blackhawks Chairman Rocky Wirtz said in the statement that it wasn’t an easy decision to release the President of 13 years. “As difficult as this is, we believe it was the right decision for the future of the organization and its fans.” Rocky Wirtz’s son, Danny will serve as the President under an interim basis and will help his father search for the new President.

When John McDonough left the Cubs after 25 years in 2007 to become the President of the team, the Blackhawks were the laughing stock of the league as they were 13th in the Western Conference with an abysmal record of 31-42-9. The United Center was just about half full as the average attendance was just 12,727. To say that John McDonough changed the outlook of the Blackhawks organization would be an understatement. He brought three Stanley Cups home to a city that hadn’t seen Lord Stanley’s Cup since 1961 before winning it in the 2009-2010 season. In McDonough’s tenure with the Blackhawks, average attendance has grown over 10,000 fans per game to 22,734 average per home game, which is a sellout crowd. The Blackhawks have been on this sellout streak for more than 520 straight home games.

Now the question is if Stan Bowman will be the next to be fired.

With the news of McDonough coming out, the speculation of the job security of General Manager Stan Bowman has been trending. Bowman has been on the hot seat lately because after the 2015 championship, the Blackhawks got knocked out of the playoffs in round one in the following two years and are now on a three year drought of making the playoffs.

After the 2017 season, Bowman traded away a rising star in Artemi Panarin for a bunch of average guys. Keeping talented guys on the same team is a hard thing to do in the NHL. The NHL is the only league in professional sports that has a hard cap. For those who don’t know, a hard cap is a set amount that a team can spend on rostered players in a season. This means that the team must only spend the set amount or less. When a team like the Hawks start succeeding, the NHL lowers the Salary Cap thus making it hard for teams to have long-term success. It has been hard for Bowman to keep the guys with the success they’ve been having, but with guys like Panarin, you need to find a way to keep a generational talent.

What hurts most for Bowman’s case to keep his job is that he fired hall of fame coach Joel Quenneville, who coached all three of the championship teams. He fired Quenneville when the team was .500 just 15 games into season. He didn’t only fire Quenneville, he replaced a Hall of Fame coach with a 34 year old retired player and AHL coach Jeremy Colliton. I believe that in the next couple weeks, the Blackhawks will be searching for a new General Manager and later a new coach.

Does this mean that the Blackhawks will go into a complete rebuild mode?

In a word, no.  I say this because the Blackhawks still have a bunch of talent on the roster with Patrick Kane playing the best hockey in his hall of fame career. Johnathon Toews has been slowly declining, but is still at a level that not many can reach. Duncan Keith and Brent Seabrook’s careers are closing up, but Keith can still give you 20+ minutes game in and game out. They have up and coming rookies in Kirby Dach and Adam Boqvist that will turn out to be stars one day. Yes they do need to get a few more of the guys like Dach and Boqvist, but there is no reason to give up on a team led by Toews, Kane, Keith, and Seabrook. I believe if the Blackhawks do end up firing Stan Bowman and Jeremy Colliton, bring in a veteran coach like Joel Quenneville was, and get some young talent in the draft and free agency staying under the now growing salary cap, then the Chicago Blackhawks will be back being contenders for a championship in the next couple of years.