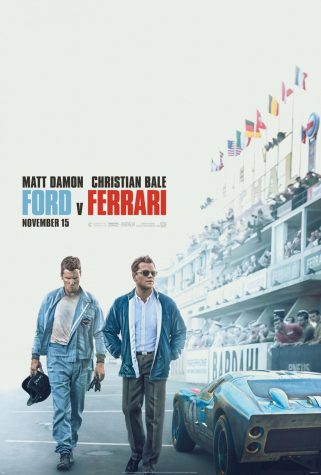 Ford v Ferrari is written and directed by James Mangold who made Logan and stars Matt Damon as the legendary Carroll Shelby and Christian Bale as the great Ken Miles. It’s one of the most energetic and action filled movies of the year. With Ford and Ferrari both competing against each other at the 24 hours of Le Mans in France it’s all about who will have the faster car. With Carroll Shelby behind the car and Miles behind the wheel they try to prove that their not only the faster Ford team but the faster company. And Ferrari with nothing to prove as they always wins Le Mans. The performances from both Damon and Bale are great. The movie is always going and never loses you during the experience. The writing could have been better at sometimes as well as the direction. The soundtrack is fitting for the movie and the time period. The cinematography is great. Just like Once Upon A Time In Hollywood some suspense is wasted as it doesn’t go any where. I also wished the movie was just a bit longer though. At the end when something unfortunate happens and it doesn’t feel like the characters really cared about what happen. Everyone just moves on, including the family. It just felt as they felt like nothing happened. But I still like Ford v Ferrari very much it’s one of the most original movies out there and it tells it’s story really well. I’ll give Ford v Ferrari an 8.5/10