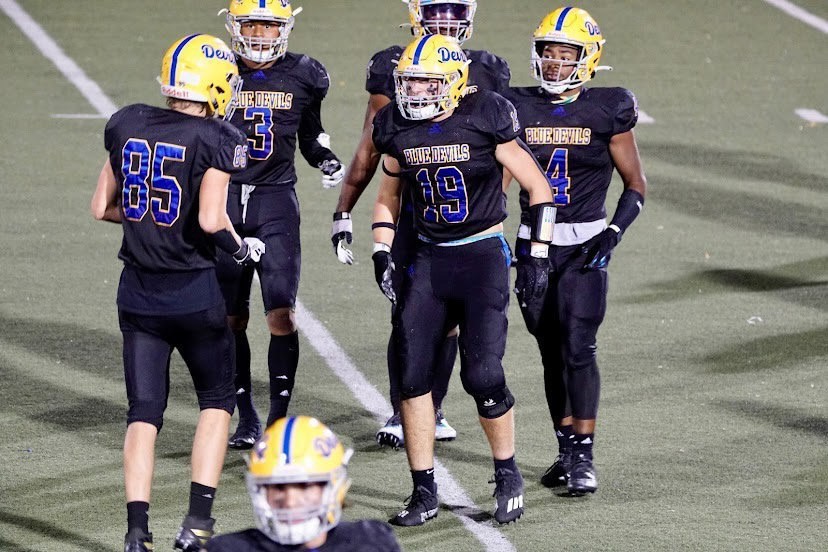 The Blue Devils are moving on to the second round of the playoffs his Saturday after last week’s 27-9 victory over Barrington. They will be looking for their third consecutive trip to the third round of the playoffs. Although this game will be at Glenbard, Warren’s fans will show up en masse, painting the stands blue.

Last week, the Panthers put up a score of 34-30 against a tough Bolingbrook. The Panthers defense has only allowed a conference-low of 89 points on just 176 yards per game. Glenbard’s biggest challenge? Stopping Maurice Edwards, Warren’s star running back who put up 168 yards last week.

Now for the keys to the game.

Don’t let them get ahead.

Last week, the Blue Devils let the Broncos defense take advantage of the opening to get an early safety in the first quarter…More blockers for Maurice Edwards. Although Edwards can break as many tackles as possible, he needs to be more protected when running through the O-line to minimize the loss of yardage. Taking advantage of wide open receivers and giving them a good pass will lead to more chances of scoring.

Keeping the penalties to a minimum

With games being on the line, a lot of miscommunication with the D-line and O-line can and will lead to problems. Making sure everyone is set and not starting early is the best solution for less penalties. Keeping it going without the defense getting a stoppage, will let the pressure move on to GBN quarterback Justin Blands.

Start with a lead and maintain it.

Senior quarterback Aidan Lucero needs to keep drives going into the end zone, and with receivers like Jailen Duffie, Jaylen Williams and tight ends Justin Kretz and Xavier Schild, it will lead to tremendous touchdown plays. Letting Maurice Edwards do his thing will also be a big help to this game. Going to work on defense after getting big scores will help immensely with corner backs Quentin Reeves and Joel Williams to help keep big plays to a minimum.

Combine the Devils defense and Panthers offense, and you’ll get a game that will be one to keep an eye out for.  with big plays and stoppages. I think we all know the stars on this team and the competition they bring; this game will undoubtedly be a battle for both teams.