Live it, Love it, Volleyball is back! 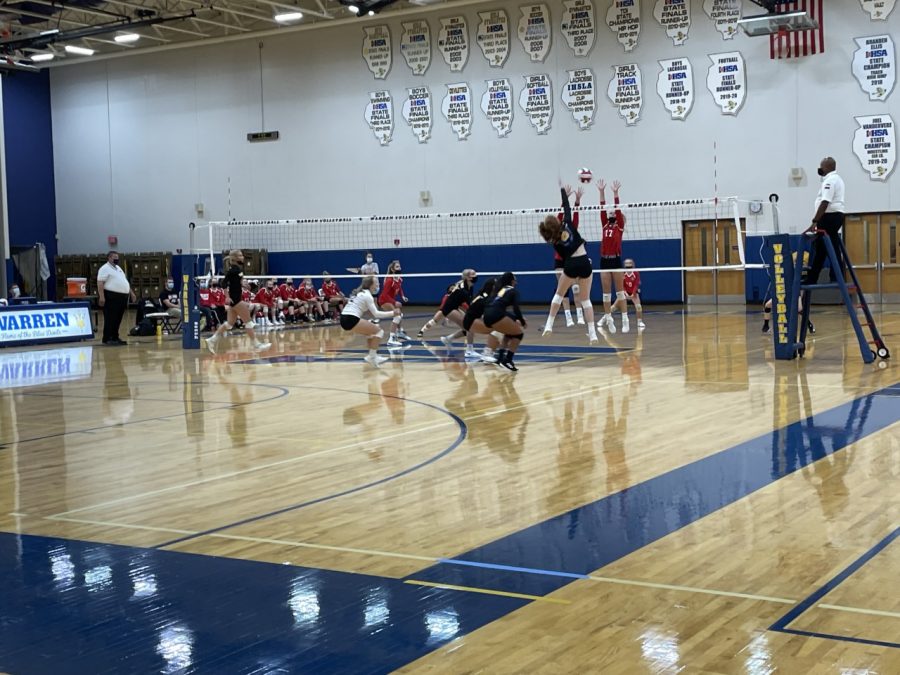 Look out, the girls at Warren Township High-School are spiking down the Volleyball hard! Volleyball is back and the Varsity girls are back in action. Tuesday, September 1st varsity girls Volleyball came off a intense, and motivating win. As they beat Grant High-School 2 games to one. This years varsity team has been putting other schools to work, as now they sit comfortably at a 6-3 record.

2 players were interviewed, 12th grader Emma Stermitz (#3) and 12th grader Sarah Convey (#16). Emma was asked how does she feel she performed during Tuesday’s game, she replied with “I think I performed well tonight I was a little nervous, but once I got on the court with my team I was confident”.  She was then asked if there was anything she feels she could work on as a team. She answered “I think I can be louder and as a team I think we all work really well, we all have a strong bond and it shows when we are on the court”. Sarah was asked the same thing, she said personally “Just reading the ball better and working on the block”, she said “as a team we need to work on serve revive”. We asked them both if there was one thing they could say to their team what would it be, Stermitz answered with “I think our team has a lot of potential. We all have an amazing bond and I am so thankful to have a team like them. I can confidently say this has been the  most fun season I’ve had and the best team I have been on I always look forward to practice, games and team bonding with everyone. Convey said if she could tel her team one thing it would be “To play your best and give it your all, most importantly have fun!”.

Overall, the varsity girls played great in Tuesday’s game, one of the best performances I’ve ever seen. They are taking this conference by storm. Their next home game will be on Wednesday, September 22nd at 6pm. Be sure to come and watch them play with motivation, grit and determination to win! 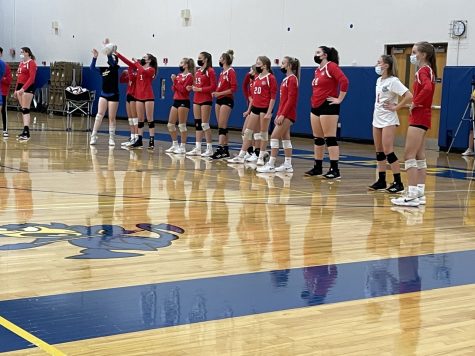 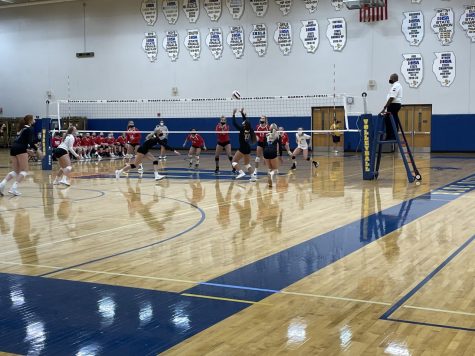