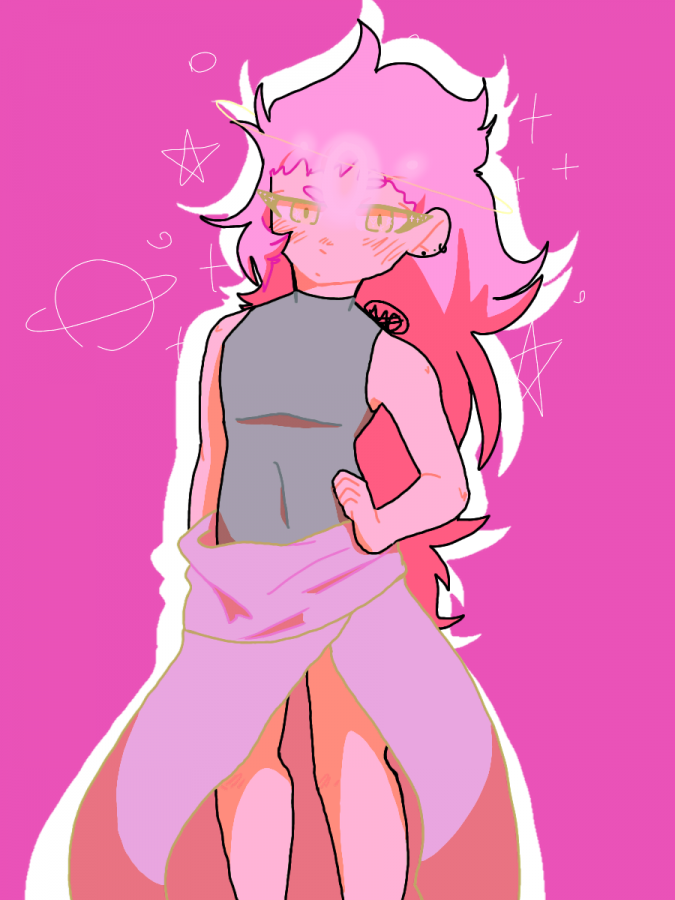 Micah Doxey’s drawing of an original character titled “Pink Stars” explores the relationship between gender roles, clothing, and religion. According to Micah, the male god character symbolises how gender roles often stem from religion, and is wearing “women’s” clothing to show that clothing should not be labeled by gender. Also, Micah combined both traditional and digital methods of drawing, in which the drawing was sketched on paper before being transferred to a tablet to create the finished product.