Movie Review // Once Upon a Time In Hollywood 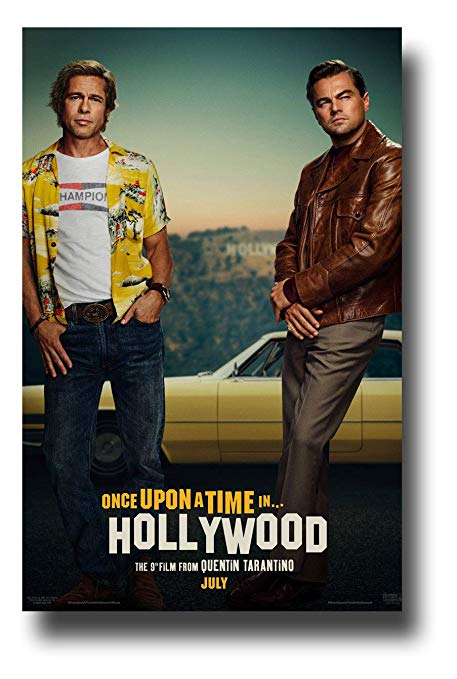 Once Upon A Time In Hollywood is written and directed by Quentin Tarantino, starring Leonardo DiCaprio, Brad Pitt, and Margot Robbie. It takes place in Hollywood 1969, right around the time of the Manson family murders.  We follow Rick Dalton (Leonardo DiCaprio), a faded television actor, and his stunt double Cliff Booth (Brad Pitt). Rick Dalton’s career has been set back from bad choices, and he wonders what he conflicts over his career, as Cliff Booth’s career could come to an end due to his choice.

This movie feels like really good dialogue-filled scenes all mushed together. It’s a really relaxed movie. Now the first act and third act of the movie are great. But the second act is what brings this movie down a bit. There are many scenes where it really just feels like it’s going nowhere, and there are time jumps that require voice over. This is normal for a Tarantino movie as he has done it before, but it feels lazy.

There is also tension being built that didn’t go anywhere. There’s a scene in a house in the desert where all this tension is being built with the music and mood, but nothing happens. This is a movie that does not have much action, like Tarantino’s other movies, in favor of more comedy. The movie is really funny and the movie relies on the comedy heavily. You could tell that Tarantino is really focused on the jokes and the build-up to it. There’s a great fight scene that is just building up for one joke; that is how committed he is to these jokes.

Well, the question is, is this movie a masterpiece? No. But it really is a great movie. It’s not his best movie or screenplay but still really good. I still feel like most awards should go to Pulp Fiction, but Once Upon a Time in Hollywood is a really great movie and a great time overall. The soundtrack to this movie is great and really fits the movie well. And those last thirty minutes are just pure awesomeness. I’m going to give Once Upon A Time In Hollywood a 9/10. Great movie, good screenplay.