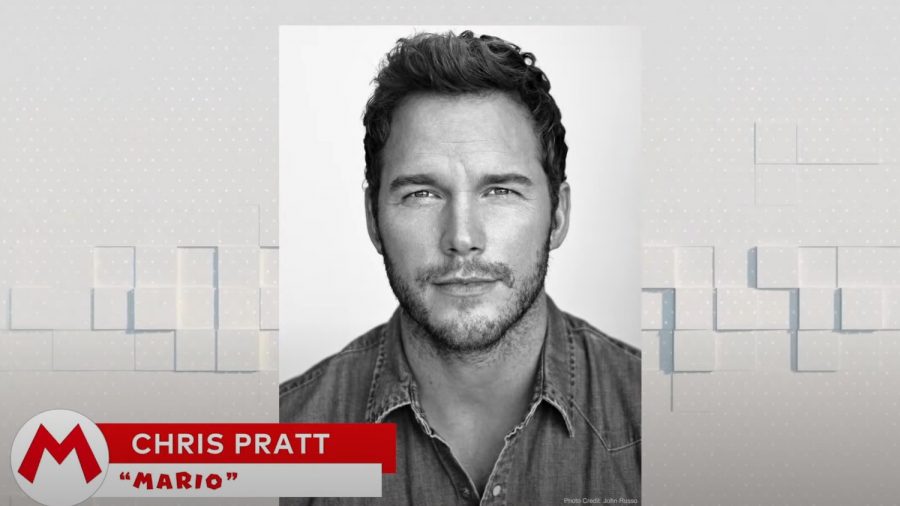 I’m in my local gym, and the latest Nintendo Direct is premiering live. I am a big gaming fan, and I’m quite enjoying all the new announcements being thrown at me. Then Shigeru Miyamoto walks on screen. The creator of Mario. This is incredibly exciting! Could we possibly be getting the next big game? It’s actually news about the upcoming animated Mario Brothers movie! That’s still exciting! The film had been announced back in 2017 and we hadn’t received any official news about this movie since January of 2020. Miyamoto says that he will be revealing the voice cast list.

“First, of course, is Mario, who will be played by CHRIS PRATT. He’s so cool!”

These are words that will echo throughout the ages.

I was genuinely taken aback and I started instinctively laughing. I had a feeling due to trends in Hollywood that they would hire celebrity voice actors for the movie. But Chris Pratt? This was such a random choice for the lead. The full voice casts were celebrities too, and they did have some good picks in there. But there were also other odd choices like Seth Rogen being Donkey Kong. Donkey Kong has not spoken canonically in over 20 years. Also, Charles Martinet was announced to be in the movie, but only in “surprise cameos” which does not give us any idea about his involvement.

If you don’t know, Charles Martinet is the voice of Mario in the video games. He also plays Luigi, Wario, Waluigi, any spin-off variations of said characters, several side characters, and has even played Donkey Kong once. He has been the voice of Mario since 1992 and said “I want to voice Mario till I drop dead”. He has also voiced his characters in full sentences and conversations, he has 100% proven himself to be the perfect candidate to play Mario on the big screen… so why did they give the role to Chris Pratt? What makes him the choice over a man who has played him for nearly 30 years? This is an issue that is not just centered on this singular movie, but rather the industry at large.

Hollywood is a business that has always looked down upon animation as a medium for storytelling. You’ll hear many in the public see something animated and assume it’s only for kids. You’ll see movies that have massive critical and commercial success be shunned at awards shows and locked into a singular award section, due to the fact that they are animated. The producers and CEOs at the top of the food chain view animated movies as nothing but family fodder to keep little 2 year olds entertained on a car ride. They think that these movies need all the help they can get when released onto the big screen alongside movies in live action. So they turn to an easy way to get attention: Celebrities.

Most massive animated releases used to be made up majorly by voice actors. Go back to early Disney movies and you likely will not recognize a majority of the people in the cast. That really changed 1992 with Aladdin, when Disney got Robin Williams to play the Genie. Against Robin’s wishes, they advertised him as a selling point to see the movie and it paid off financially. The trend only continued to blow up further in 2002 with Shrek, a movie who’s 4 main characters were all played by famous actors and comedians. And it paid off even more for Dreamworks. Shrek is one of the most influential movies of the century, and one of the biggest ripples it caused in the animation industry was to hire celebrities and comedians as your main characters, no matter the person’s voice acting history or quality of the performance. Theoretically, I’m not opposed to this concept, as long as the casting makes sense, which is the same way I feel about live-action movies. But in the case of the new Mario movie, how does this casting make sense? Mario is one of the most well known video-game franchises of all time, people will come to watch this movie with or without the celebrity voice actors. Also, on the studio’s end, they’ll probably end up having to pay much more for a stacked celebrity cast list and might have to deal with fan pushback. There are very few positive reasons to choose to not cast the longtime voice actors who have been playing these characters for years.

This isn’t Chris Pratt’s only time doing this though, as on November 2nd, he was announced to be playing Garfield in a new feature film adaptation. This is slightly less egregious because Garfield has never had one definitive actor, but it’s still just as goofy as a choice. There is a funny quality to both of these casting situations as the idea of Chris Pratt playing these two characters is very out of left field. While I won’t say he’ll do a bad job in either movie, Chris is known for playing snarky, masculine characters and awkward goofballs. Mario has a thick Italian accent, and Garfield speaks in a low, monotone voice. Neither of which Chris Pratt has done before on camera. Will he try and stay true to the performances before him, will he deviate into a new style, or will he just use his regular voice? Will he be good, will he be bad? We don’t know, and we won’t know until next year, but this whole situation is a good example of the lack of respect that seems to be given to both voice actors and animated movies. Audiences will watch movies that don’t have big stars, they will connect to animated movies just as much as live-action ones, and yet the industry does not reflect that attitude. We can only hope for future positive changes, but for now, I’ll just have to sit around and joke on Twitter about Chris Pratt being the new voice of Mario.