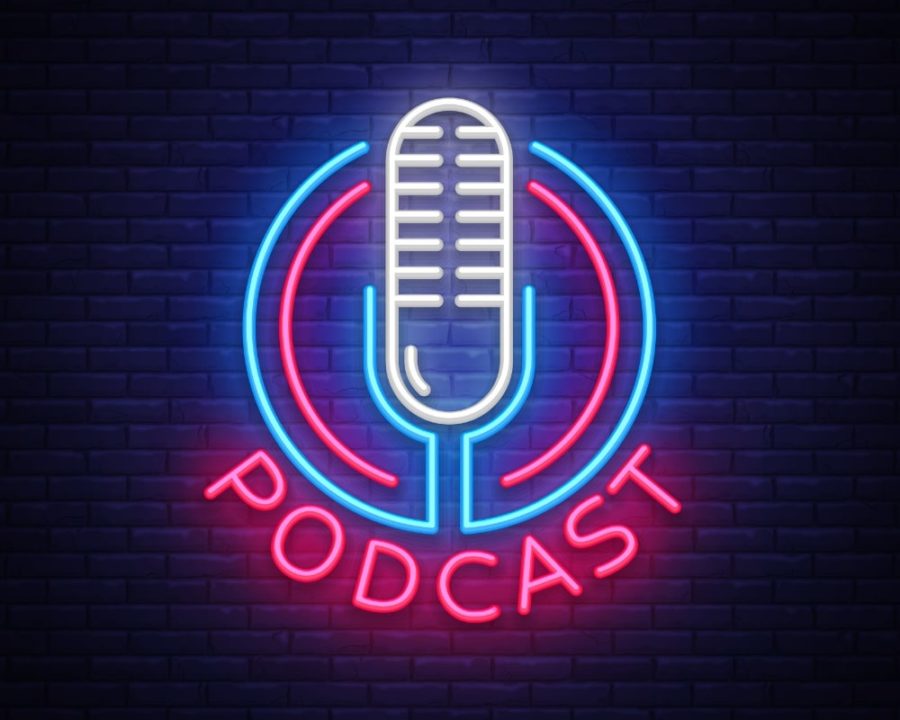 Podcasts seem to be the new craze these days. There are podcasts about everything from mental health to life skills. However, becoming more involved in these communities is very difficult. So in this article, I’m going to be recommending you a few podcasts with episodes that I believe are good starting points.

A lot of the newsreels today are very short, and rely solely on having snappy headlines that don’t tell the full truth. If you’re looking for a podcast that does deep dives into relevant topics and truly shows some of the best of investigative journalism, then listen to the podcast Reveal. Reveal is a podcast by The Center for Investigative Reporting and PRX that goes deeper into the issues that aren’t often talked about in the news. One of their best articles is a series called “American Rehab,” which goes into the rehabilitation facilities for addicts where they work for companies instead of the traditional rehab treatment. This goes through the history of these types of rehabilitation centers, to the harmful effects of going there. This is a very good podcast if you want to learn more about the world around you.

There are a lot of podcasts about the news, and The Daily is one of them. It’s a podcast by the New York Times that does a deep dive of one news issue every day, and although it tends to lean a little more liberal, the Sunday Reads are incredibly informative. One of the best episodes that they have is called “The Sunday Read: ‘A Mother and Daughter at the End,’” which is a beautifully written article published in the New York Times about the last two Northern White Rhinos in the whole world. It’s an emotional piece that talks about the author’s experience with the rhinos and how he grows to see them less as just rhinos and more like family. This is a very good podcast, and it’s definitely worth putting aside the liberal bias to listen to at least the Sunday Reads.

Not every informative podcast has to be about the news or about suffering, however. There are plenty of podcasts that teach you about fun things. Gastropod, for example, is a podcast about food and the history of it. There are a lot of good episodes, so you’ll have plenty to binge when you start to get into it. My favorite episode, however, is an episode that is titled “The Most Dangerous Fruit in America,” which is about watermelon. It’s a brilliant episode that brings a lot of facts while simultaneously avoiding info-dumping. If you want to learn more about the foods you eat, I’d definitely recommend Gastropod.

Speaking of informative podcasts, Ologies by Alie Ward is possibly my favorite podcast of all time. Although some of the episodes are more geared toward adults, there are censored versions of almost all of the episodes. This podcast is the perfect mix of funny, informative, and a break from the world that we all need. In this podcast, she interviews everyone from people who study economics to people who study the tasmanian devil. While there are a lot of episodes that I love and would recommend to everybody I know, my favorite episode is “Urban Rodentology,” which is the study of sewer rats. Dr. Robert Corrigan, the urban rodentologist being interviewed is incredibly passionate about the subject, and manages to shine a positive light on rats. I’m not the biggest fan of rats, although after I listened to this podcast, I was definitely a lot more interested in how rats worked and lived their lives.

Although the podcasts that I’ve mentioned so far are informative and to help you deal with the world around you, there’s also a large amount of podcasts that focus on something else: true crime. Although true crime can be very toxic, dangerous even, there are some podcasts that are good.

If you’re a fan of Criminal Minds, then I would definitely recommend True Crime Profile. This is a podcast by Wondry, and it’s co-hosted by a member of the FBI’s Behavioral Analysis Unit, which is the basis of the show Criminal Minds. They provide a refreshing look on each case, as they both have a lot of experience as profilers. They do their best to never mention the name of the killer, and the podcast is very focused on the victims, instead of the people who commit the crimes. They also are very well-connected with other law enforcement officers, so they have a very unique perspective on how they caught the criminals. Although they often base their episodes on TV shows and movies, which can be a pain since you have to watch a couple hours of TV before you can listen to the podcast, it’s still a really good show and worth giving a shot.

If you prefer podcasts that aren’t as serious, but still show respect for the victims, then Crime Junkie might be for you. Each episode is a deep dive into a different case, and if that case is still unsolved, then they make sure to leave sources for you to inform law enforcement if you have any leads. For this podcast, I actually have two recommendations. There’s an episode about “Operation Fireball” which was called in by a listener who had a strange event happen to her that might have been the sign of something more nefarious and its follow up. The other recommendation is called “MURDERED: Madeleine McCann” which gave me a lot more information about the Madeleine McCann case than I thought was available to the public. A lot of the public perception of this case tends to villainize her parents, but this podcast is very respectful and mindful of their privacy. Overall, this is a very good podcast if you’re interested in deep dives about specific crimes.

If you want a podcast that does a deep dive into one case per season, then Through The Cracks is for you. The first season follows the disappearance of Ralisha Rudd, and the cirumstances that allowed it to happen. This podcast really makes me think, and causes me to truly question who is responsible for the wherabouts of the child.

Edward Snowden broke America in 2013, when he went public with his story about how the American government was using technology to spy on its citizens and those of its allied countries. This podcast goes deep into the reasoning of why he did what he did, and how he reacted in the aftermath of his actions. I listened to this podcast right after I watched Snowden on Netflix and before I read his autobiography, “Permanent Record,” and I was shocked by how accurate it was. Although they did take a few creative liberties, they were mostly accurate, and I think that it was definitely worth listening to.

Even if you disliked all the podcasts that I recommended, I hope that you find one that makes you excited for every time you get that notification that another episode came out.