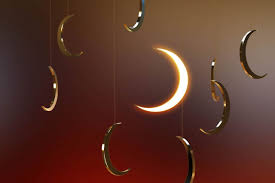 This year, April 13th marked the first day in the Islamic holy month of Ramadan. For Muslims, Ramadan is a holy month of devotion to God where observers do extra worship or ibadah and fast from pre-dawn to sunset every day. The month culminates with a holiday known as Eid-ul-Fitr, which falls on May 13th this year. The Muslim calendar is a lunar calendar and thus Ramadan starts about 10 days earlier each year meaning for most Warren students, this year has been the first time the entire month starts and finishes during the school year.

As a Muslim student myself, this made me nervous as I considered the way my schedule would be thrown off. During Ramadan, Muslims often stay up to pray. And though it is not obligatory, most Muslims also wake up very early to complete the pre-dawn meal, suhoor, before the Fajr prayer which begins between 4-5 AM and gets earlier every day. For most of us, getting few hours of sleep in the night and sleeping in until afternoon is the norm during Ramadan. However, with school and extracurriculars being added into the mix, my peers and I realized this wouldn’t be possible anymore.

Now, as Ramadan is more than halfway through, I asked some of Warren’s Muslim students how they’ve been balancing religious duties, schoolwork, sleep and clubs/sports.

Minahil Raheel, a junior at Warren taking 5 APs and 1 Honors course, has been going in-person this semester and says “balancing spiritual responsibilities with school workload is definitely more difficult now that Ramadan is during the school year.” A large factor to this is the added stress of upcoming AP tests and class grades being finalized soon. She says in previous years she would go to the mosque daily for taraweeh, an optional prayer Muslims offer at night and read Quran, the Islamic holy book more often. This year, however, she has had to make sacrifices in order to complete homework on time and study for tests. She tells me little victories like having gym only twice a week and having tests and due dates spread out due to the COVID schedule has been nice. “It’s been hard to manage everything but I gotta do what I gotta do,” she says.

Fatima Naveed, another junior at Warren, spoke to me about how she’s been dealing as well. She enjoys having school in-person as well, noting that having class helps distract her from thinking of food and keeps her “mentally active.” She tells me balancing school work has been fine for her, though sleeping less and having to catch power naps in between classes and before track practice has made her sleep schedule all over the place. When asked how track season is going, she tells me it’s a little difficult. Having to run both the quarter mile and the quarter mile relay is hard when considering she hasn’t had to compete since freshman year. She’s decided to ask for accommodations to be put in place so there’s time for Muslim students to break their fast and is considering dropping one event, though isn’t sure. “It is hard but when you’re running, you don’t really notice it,” she clarifies.

Minahil Nadeem and Ayeesha Baig, a sophomore and junior respectively, both have been doing school remotely this year. Having school at home has been a “huge help,” according to Minahil, though she struggled a bit at first in finding a way to balance Ramadan and school, the prospect of sleeping in and the burden of figuring out a schedule both too overwhelming. As Ramadan continued, Minahil was able to figure out how to jam everything into the day. Both Minahil and Ayeesha tell me that finding time to pray and read Quran has been easier while staying at home. There are cons though; Ayeesha tells me staring at a screen all day has been contributing to headaches she can’t relieve with water and the strain of it all has started affecting her motivation and, in turn, her grades. She is glad that Ramadan is not during the week of her AP exams this year though, and is thankful for the late-homework policy that makes her school experience easier this year.

I’ve also stayed at home this year and though my sleep schedule has gotten a bit wack, I’ve begun to manage my time better as well, finding time for ibadah in between power naps and homework. This year, the pandemic has shown everyone we can adapt to new situations and Muslim students have just been faced with that lesson once again.

To all my Muslim readers, Ramadan Mubarak, and to anyone else, I hope you learned a bit about what Ramadan is like for students!