Resilience – How Warren’s Extracurriculars are Adapting to the Pandemic 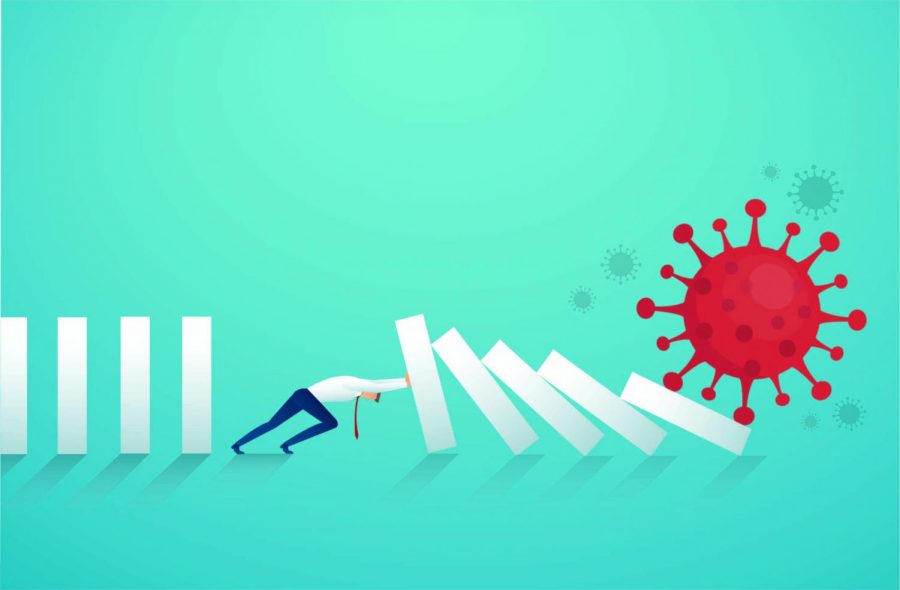 In the last year, many of us have struggled with and adapted to the changes caused by the pandemic. Teachers had to transform their lesson plans to be e-learning compatible, and students have had to learn entirely new subjects from small screens at home. Both teachers and students alike had to repeatedly memorize new schedules and adapt to platforms such as Zoom and Google Meets. However, many students did not let these circumstances limit their passion and drive for extracurricular activities.

Warren’s Future Business Leaders of America (FBLA) chapter has performed exceptionally in the last year. After the lockdown began last March, the state and national leadership conferences both had to be held virtually. These sudden changes did not stop FBLA members from working their hardest. The chapter had great success at both of the conferences. In fact, Warren Township’s FBLA was the most successful chapter from all of Illinois at the National Leadership Conference! Then, moving into this year the officer team made an effort to hold community service and social events while adhering to Covid-19 restrictions. For example, in September they organized a supply drive to collect cleaning supplies and toiletries to donate to the Warren Township Food Pantry and the Lake County Haven. Looking into the competition season for this year, Officer Grace Liu said that despite the challenges that came with presenting virtually, the situation “ultimately helped better my partner and I’s speaking and presenting skills.”

The Speech Team at Warren had a similar experience. Member Ishan Patel says “speech is not just another club, it is a team that is held together by friendship and collaboration. We tried to embody this atmosphere even in the online setting, by continuing to do team-bonding exercises, peer-coaching, and more. While it did prove to be challenging, it was all the more rewarding in the end.” Clearly, it is evident that despite the challenges that come our way, Warren’s students are resilient and have become even stronger as a result of the pandemic.

Another example of this resilience is the Warren Science Olympiad team. In the wake of a pandemic and transitioning to e-learning, the team of 46 students competed via online testing platform “Scilympiad” in events ranging across all branches of science. The Varsity and JV teams banded together with teammates and pushed through to represent Warren well, taking down some of the top schools in the state. Team Captain Casey Fong says “especially with tests being taken online, it would’ve been easy to give up and throw out any motivation left for this year, but SciOly has shown it can persevere and, most importantly, have fun. Throughout it all, team members connect with each other, share in each other’s laughter, and provide support for other members. It is not at all an exaggeration to say that I am honored to be part of Warren’s Scioly team.” These sentiments were shared by fellow Team Captain Steven Isaac who states that despite the challenges from this year “these absolute units brought the same positive energy to every single competition.” He also added that “I’m beyond grateful to have been a part of this team for the past few years, and I want to thank each and every team member for playing a part in this journey. You guys are the best.”

Although only three clubs and teams were highlighted in this article, it goes without saying that every extracurricular activity at Warren has persevered through the challenges presented by the pandemic. In fact, these challenges have only made Warren better together.