Someone You Should Know – Cassie Poray 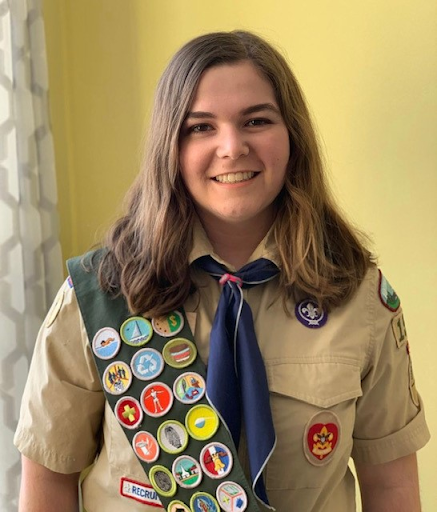 Meet Cassie Poray, one of the first female inductees into the Eagle class of the United States. She found her passion for scouting before girls were even allowed in the Boy Scouts of America program. Before joining Scouts BSA as of February 2019, she had been in the “Sea Scout” program since 2016 because of her passion for sailing. Later on, she was given the opportunity to interact with Boy Scout Troops and go to Sea Base in Islamorada, Florida. Once she realized that girls could join Boy Scouts and become Eagle, she was ready to finish something she started. I had the chance to ask her some questions about her experience.

What makes your journey different from other scouts?
“My journey was different because I had a shorter time period.. I started in 2019.. I had to get it done even faster than because I was leaving for college.”

How does Eagle affect your life to what you’ve become?
“Becoming an Eagle scout made me a lot more driven as a person, I was told I couldn’t do this or wasn’t capable because I was a woman.”

What do you have to say to the girls that are working to achieve their goal of reaching Eagle?
“Don’t listen to what other people tell you, if someone says you can’t do something or their obstructions, work your way around it and stand up for yourself.”