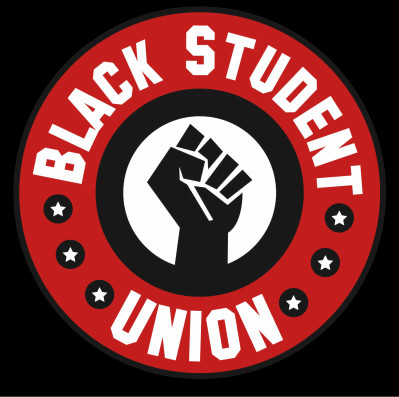 What is the Black Student Union?

The purpose of Black Student Union is to approach issues surrounding the black community and to acquire a better understanding of Black American culture through activities and discussions. These discussions span social injustices to their treatment by the rest of the world to internal problems within the community. There is still so much that needs to be covered, and the group is constantly growing in its knowledge.

However, it isn’t all serious talk. They keep it fun by incorporating all forms of Black American culture into their club. Music and dance are integrated into the club to keep it unique and fresh. Advancement and bringing recognition to the Black community is a very important goal for the future. The club should be a resource for not only Black students, but anyone who feels left behind, to have an outlet to rely on as a channel of expression. Black Student Union is able to unite all areas of Black American culture from a diverse array of activities and projects. 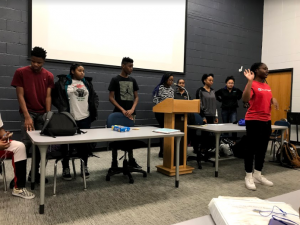 The club tries to meet once a week or every other week on Tuesdays. Generally, they meet in the cafeteria or lecture hall at O’Plaine Campus. Their discussions on controversial topics encompassing the Black community and which have been very enjoyable, and they have Kahoots every time! Their discussions allow for free expression and provide an open discourse for controversial themes. There have been events in the past regarding soul food which is very popular and will be repeated in the future.

One of the biggest misconceptions about Black Student Union is that it is only for Black students. However, the club is open to everyone of all races, and they hope in the future to see more of a diverse group of people come and be able to experience Black American culture, whether through its food, hip-hop, or literature. Individuals should come for appreciation and not the appropriation of Black American culture. This is a place to learn how to approach the Black community and have a deeper recognition and understanding. 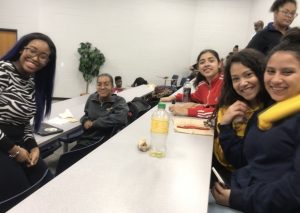 One of the more meaningful meetings that the Black Student Union held examined the use of the N-word. We approached questions such as “What does the N-word represent to you?”, “Do you think the N-Word has a place in our vocabulary”, “Where do you see the N-word used?”, and “Are there acceptable uses of the N-Word?”.

This open discussion posed for a variety of insightful responses. Many students believed that the N-word “represents a community, you say it towards people that you are close to. It isn’t meant to be hateful, but the word belongs to the black community, it has been made a word for liberation, it doesn’t represent hate in most contexts, but you just feel really uncomfortable if other races are using it.” However, others believed there would be more respect among others in the black community if there wasn’t such a strong use of the N-word. They hope people will take that as a model and not use the slang. If we were to just refer to each other by names, the use of the N-word may change.

On the acceptable uses of the N-word, students emphasized that there needs to be a clear direction to children at a certain age on what to say and what not to say. For all people, there needs to be an awareness of what racial slurs exist. As one WTHS student said, “Ever since slavery, the word has always been used, but today it has evolved. Even though we hate it, it is still in our vocabulary, now its more of a word like bro or dude.” The N-word is not acceptable in a hateful context, but it has been so heavily integrated into the Black community, which has taken back a derogatory word and made it into something their own. Black Student Union encourages us to educate others and ourselves on its appropriate uses.