The Chicago Music Scene and COVID-19 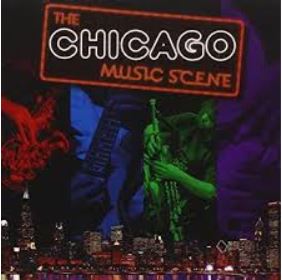 The Chicago music scene is iconic, there’s no denying that. The Chicago music scene helped give birth to musicians such as Kanye West, Fall Out Boy, and Chance the Rapper. There’s a place for everyone, from jazz players to hip-hop fans and everything in between. Rolling Stone even claimed that 2020 was going to be the year of music for Chicago. But then, in March of 2020, everything changed. Lockdown began, and thousands of bands lost their jobs. It was projected that up to 90% of Chicago’s music businesses, which make Chicago whole and give it the personality it has, would be lost forever. However, people in Chicago aren’t as willing to give up their livelihoods as people thought. One group of musicians moved down to Mexico temporarily to take advantage of the less strict lockdown laws. Even though they have experienced many challanges, such as language barriers and budgeting, they still choose to prioritize music over everything else. When the numbers of COVID-19 cases get better, I have hope that Chicago will go back to being the lively place that it once was, filled with creative minds and growth opportunities for everyone. Until then, we can only support our local music shops, and try our best to keep them afloat until things can get back to normal, or at least, a new sense of normal.