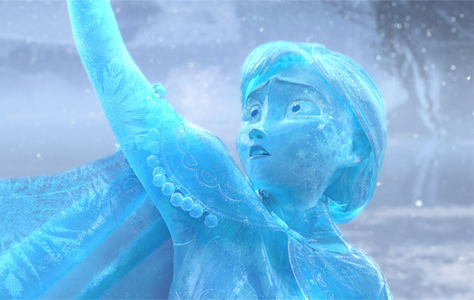 In the city of Killen, Alabama is where all things go wrong….from powers in humans to killing one another to being ranked on how powerful you are.  This is causing horrid catastrophe throughout the whole town.

I don’t know how much longer I will be able to survive in such a town like this.  I, Natalia Reyes, am considered the most powerful person in this town and I am the only one in my family that is still alive.  My mom and dad along with my younger sister, Liana, were killed by the others for their ranks. But what I don’t understand is why kill them since they weren’t ranked THAT high with their powers.  Only somewhere between the ranking of 27-59, which is a decent ranking, but not overly impressive.  I am ranked number 1, so their ranks are nothing compared to mine.  Needless to say, everyone is sort of scared of me.  The reason why has nothing to do with me being powerful, but because no one knows what my power is.  Only the people I have killed (people who tried to kill me) know what my power is.  They are long gone, so it is not like they lived to tell about it.  I never asked to be like this, never asked to have mind control, to become a murderer, a manipulator to drag people to their deaths.  Some people try their best to be on my good side: they try being my ally so they can protect me or just make a truce so they don’t die.  I don’t like living like this, I just want to be free.  No rules, no ranks, no more death.  But it’s not like I can leave this city because I could be killed out there too.  There are too many unknowns outside of my hometown, so I stay. The way I am treated here feels like my soul has been ripped out and given to the devil in a way.  I think about this every day and wonder when the day is going to come when I am taken away.

Then one day, things feel very off and I can’t quite figure out what it is.  People seem to be not themselves.  No killings today, no rudeness among each other, no talking, no nothing.  I am really hoping today is the day that Hades comes to take me with him for being a killer. I’m just so tired of the fear eating away at my heart.  As I am trying to find out what is going on, I realize that every person I ask gives me the silent treatment.  Something similar like this happened decades and decades ago, so this is very rare.  When this last happened, the number 1 ranked person was killed by the whole city of Killen.  Is it my turn for a torturous death?  I may deserve it, though.  As the day goes on, I pretend it is just an ordinary day and that nobody is plotting my death.  However, when I check the time, it is 8:57 pm and I am still not dead… yet.  I am starting to get worried because something I really don’t know is was going on.  I am going to try to be as patient as I can for the time being even though I am freaking out!  My nerves continue to fray, as the seconds go by, the minutes tick by, the hours go by and the time finally reaches 11:53 pm.  Only seven more minutes left until midnight and then the silent treatment is over…I hope.  I am looking out my bedroom window, waiting for everyone to come and try to kill me. I glance quickly at the clock, and the hands strike 11:59. That’s when I hear it; pounding on the roof and feet marching on the street.  It sounds like a drum out of rhythm in a song.  My power will be tested to the limit against an entire army!  I try to calm down by telling myself that I can control their minds to not kill me and kill them instead.  As I attempt to do just that, I notice that I am powerless because nothing is working.  As I’m trying to figure out why, I remember that someone here can disconnect a power from their host.  That means someone is separating me and my manipulation.  Despite my ranking, this is the one person who can defeat my power. I panic and start to run to the door to flee, but as I open it, my next door neighbor, Devin, uses his power of ice to freeze me.  Behind him is his girlfriend, Gaby, and she uses her power of air to pull air out of my lungs so I can’t breathe.  People start cheering and clapping when they see me slowly dying.

As I am within death’s grasp, what I feel in those last few moments is relief. I am finally free!

The picture’s URL is: http://clubpenguin.wikia.com/wiki/File:Anna_frozen_heart.png