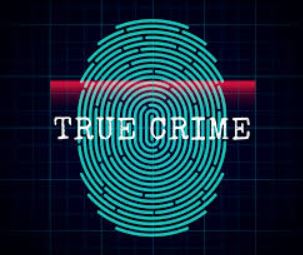 Many of us have heard of names such as Ted Bundy and Jeffery Dahmer, but names such as Lynda Ann Healy and James Edward Doxtator aren’t as well known. This is in part due to the growing popularity of a group that calls itself the true crime community. This group has been around since at least the first arrest of Ted Bundy, and has developed a rather unsavory reputation for their disregard of the lives of victims and glorification of killers that ended their lives. A lot of people like to claim that the true crime community is a product of the internet and social media. But that’s simply not true. According to a New York Times article published on December 10, 1978, many people actually thought that Ted Bundy was a victim of everyone from journalists to police officers. Later in the article, they even talked about how after his second escape, people (typically younger) started showing their support for him by doing things such as wearing shirts that said “Ted Bundy is a One-Night Stand,” and other similar statements.

The true crime community really gained popularity as the internet and social media did, though. With websites like Tumblr and Reddit, it was easy for people who were fascinated by these horrific crimes. While quite a few of these people are simply fascinated by the psychology of people that they cannot understand, many people are also fascinated by the killers themselves. If you look up the community on the internet, you won’t go far before you find someone who’s a fan of one of the killers. They obsess over the killers and fantasize over them. There are whole pages dedicated to people drawing them, and talking about how misunderstood they are. For a lot of members of the true crime community, this is horrifying. Most of the people there are more likely to just want to learn about the crimes in the same way that history buffs like to learn about wars and genocides. The problem with the true crime community, however, is that there’s not enough focus on the victims. Even though it’s the serial killer that’s committing these crimes, the victims are the ones having their lives destroyed. And although it seems harmless, these victims have friends and families, and it’s incredibly disrespectful and triggering for them to hear people talking about their loved one’s killers with such respect and awe. I think that even though there’s a lot of good in the true crime community, there needs to be a lot of work from the inside to make the community a safer and healthier place for everyone.