Warren Football is looking to go on their first winning streak of the season tonight after they trounced Zion 56-0 last week. 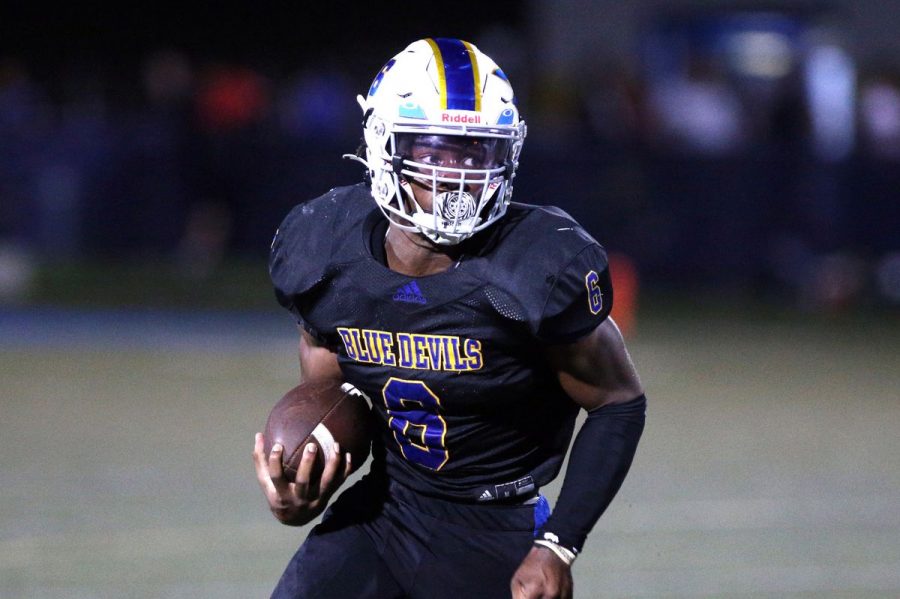 How to watch:
https://www.nfhsnetwork.com/events/lake-zurich-high-school-lake-zurich-il/gama602156c16 (fees may apply)

Although they weren’t tested as tough as they were versus Maine South, the Blue Devil offense had a much needed field day in Zion last weekend. After only getting two points off a safety against Maine South, the offense was led by quarterback Aidan Lucero’s four touchdown passes. Senior wide receiver Jaylen Williams had his first two touchdown receptions for Warren.

The Blue Devil defense has once again been very stout for Bryan McNulty’s defense co- coordinated by Brandon Schild and Justin Van Shiack. They have allowed just ten points all season and have had two shutouts in their first three weeks. Maine South head coach Dave Inserra had high praise of the Blue Devil defense in his post game interview a couple weeks ago saying “They [Warren] have a championship level defense.” Inserra is right, they do. And even with Malachi McNeal and Tommy Matheson graduating, guys like Jeremy Walton and Jalen Duffie have filled in the shoes rather nicely in such a short turnaround from a spring season like we never had seen before.

Lake Zurich comes into this game after a close loss at Libertyville last week, 28-19. The Bears cut their deficit to 21-19 with six minutes to play last week, but were unable to contain the Cats and get a key stop.

Here are the keys for a Blue Devil win streak.

It doesn’t hurt to keep passing
After the loss against Maine South, Coach McNulty noted in his post game presser that “We better get a lot better in the throw game if we’re going to be successful.” The Blue Devil offense did just that ramping up the passing game last week with Aidan Lucero throwing four touchdown passes. With a four star running back, Maurice Edwards, committed to a SEC school, it makes it easy to run the ball every time. On the flip side, having a running back with the caliber of Edwards makes it easier to fool teams with the play action pass. It’s not wasting a generational talent if you’re using him to help your pass game. Aidan Lucero has certainly shown that he has the ability to throw the deep ball, and throw it well. Don’t shy away from it, especially against a mediocre Bears defense. Where have I heard those last three words before?

Avoid the obvious penalties
If you were at the Maine South game week two, you saw that there was a ton of laundry on the ground, but not as much laundry as what is currently on my bedroom floor (sorry mom and dad). This wasn’t a problem last week, but this, to no fault to their own, tends to be an issue whenever the Blue Devils are in Lake Zurich. The Blue Devils need to stick to their game plan and avoid any drive killing unsportsmanlike penalties after the whistle. If they can tune out the post whistle comments from the Bears, it should be a good night for the Blue Devils.

Go streaking (not literally please)
I’m a firm believer that the week two loss to Maine South was a good thing for the program. This year’s Blue Devil football team might not be as deep as the 2019 state runner-up team, but they are every bit as talented and are just as eager as that team to bring a football state championship home to Gurnee in late November. It’s time for Blue Devil football to have a long winning streak that doesn’t end this season.

Pos’ Prediction
It has been over 1400 days since the Blue Devils lost a North Suburban Conference game and I don’t foresee it happening any time soon, especially tonight. I believe the offense will continue to pass the ball and score at easy against an average Bears defense. The defense will be their dominant selves and keep yet another opponent to minimal yards and not many points. Expect big nights for Aidan Lucero and Maurice Edwards.