To stay informed and united. 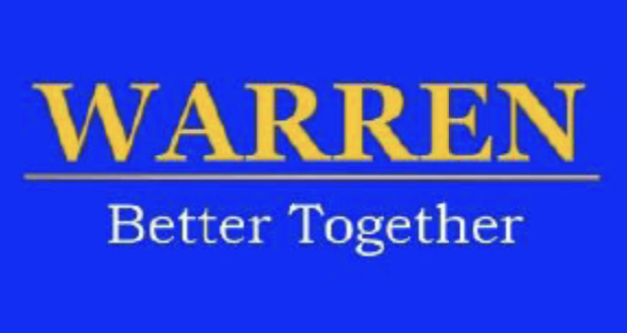 In my AP U.S History class, we often discuss the role of race and ethnicity in America. Slavery in the 1800’s, the rise of white supremacy in the Reconstruction era, the Chinese Exclusion Act, the Know-Nothing party, red scares, Jim Crow laws, and many more events that suggest a continuity in America’s troublesome and violent relationship with those whom it views as the “others”.

A common reaction my classmates and I have when my teacher explains to us these ghosts of the past is to praise the present – “thank God it’s not like that anymore,” “it may be bad now, but at least it’s not as bad as then.” However, I question now whether our statements were really true: are we better off now than we were before? It cannot be denied that we have made significant progress since the nineteenth century, but just how much have we made? With COVID-19, these questions are finding their answers as the country lies divided and in fear of the future.

News of a novel-coronavirus outbreak in Wuhan first reached ears around early-mid January. I remember talking about it at lunch with my friends; we all believed that it was just relative to China and that it would be contained. Of course, we were wrong. But what we did not expect were the social consequences of the coronavirus. As the virus grew more concentrated in China and spread to other countries like South Korea and Iran, the US saw a disturbing rise in anti-Chinese sentiment. The New York Times, on January 30, 2020, noted this rise in xenophobia not just in the US, but across the world. However, America, which has a history of xenophobia dating back to the nineteenth century, reacted much more strongly than other nations. As a Washington Post article, dated April 8, 2020, details, there has been a significant increase in anti-Chinese and anti-Asian sentiment, fueled by social media since the outbreak. The article explains research conducted by the Network Contagion Research Institute, which found that racial slurs against Asian American communities, conspiracies around the virus, and anti-Asian propaganda have gone up since the outbreak of the pandemic. In addition, sites like 4chan are furthering hate towards innocent Asian communities. The article quotes Russel Jeung, chair of San Francisco State University’s Asian American studies department, who warns that “people who look Chinese, particularly those wearing masks, are at increased risk of experiencing the same discrimination faced by Muslims wearing turbans in the aftermath of the Sept. 11, 2001, attacks”. The surge of use of hostile Twitter hashtags like #BlameChina, #ChinaLiedPeopleDied, #ChinaVirus, #WuhanCoronaVirus, and #ChinaCoronaVirus is yet another indication of the rise in xenophobia.

It is not just one or two articles by one or two newspapers that report such a rise. While writing this, I found plenty of research through just a quick Google search chronicling the anti-Asian sentiment. The fact is, our country – which has made so much progress since the 1924 Chinese Exclusion Act – is sliding back to a place we cannot allow it to, because it is a place that alienates our Asian friends for no reason at all. We cannot simply allow a pandemic to burn down this progress and let the fear of the unknown to overtake our rationale. Whether the US is ready to re-open or not is another debate for another day in another setting, but when we do reopen, we cannot allow ourselves to travel down the pathway of the past where alienation, xenophobia, and nativism lie.

One of the best things about Warren Township High School is its diversity. At our school, there is never a lack of variety: it is what makes us so great – the opportunity to be able to learn from someone who sees the world with a different lens or has different experiences. So, let us not fall down this rabbit hole of blame. The science is clear on the causes of COVID-19: it is neither a bio-weapon nor emerged from a virology laboratory in Wuhan. As an article by NBC, updated on May 6, 2020 concludes, the virus originated from animals, more specifically bats, much like SARS in 2003 and MERS in 2012. And although it is still to be understood just how the virus traveled from bats to humans, it is widely believed that the unsanitary conditions of the market may have played a role. However, as the Guardian notes, while we are in the quasi-unknown, it must be acknowledged that a majority of Chinese citizens support “strict limits, if not a ban, on wildlife consumption”, and the “resurgent pangolin consumption is a result of economic liberalization in China – which the US championed – not simply of traditional culture”.

Thus, I ask you all, as Blue Devils, to remember the diversity our community cherishes before believing or spreading misinformation and hatred regarding COVID-19. These are unprecedented times; we should not turn against each other and resort to hatred, but unite and inform. The situation is not just about Asian Americans, but about everyone. We have learned from history enough – my APUSH teacher has certainly taught it enough – to understand that separation never really works out. So, when we do reopen, do not look to assign blame – whether it is to a race, ethnicity, or political party. We must not divide, but unite because if there is one thing that Warren has taught me, it is that we are always “better together”.

How anti-Chinese sentiment is spreading on social media

Will the coronavirus end globalization as we know it?

The Post-coronavirus world may be the end of globalization

The coronavirus will not stop globalization