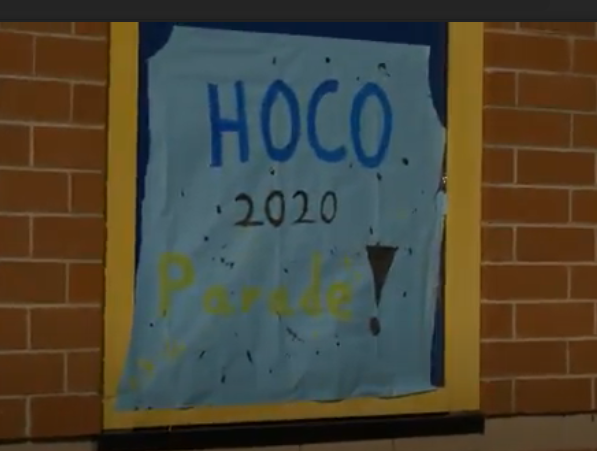 Check out this video of the homecoming parade! Just copy and paste the link below!

This year, adaptation has been the name of the game for just about everyone. The pandemic has forced us to revise and adapt many of the traditions that we are used to having. Thus, Warren’s Student Council had a tremendous task ahead of them in early fall when figuring out how they would pull off some form of Homecoming this year. It’s safe to say that they rose to the occasion. They began their planning process by creating a theme; There’s No Place Like Home(coming). A quite fitting theme, playing off of our current circumstances of remote learning.

The group, headed up by its advisors Mrs. Sandy Desiron and Mrs. Donna Lainio, came to the realization that a Homecoming dance just would not be possible. However, they set out to plan what traditions they could preserve, even if they had to be altered.

Spirit week is something that many of Warren’s students look forward to each year as an outlet to express their creativity and humor. This year, students had the opportunity to make a post showing their participation each day, while tagging Warren’s official Student Council Instagram. Prizes were awarded for each of the spirit days to students who really took advantage and showed their school spirit. I’m proud to say that my beach day Tik Tok awarded me a Starbucks gift card, which I used to treat myself to a double chocolate chip frappuccino (just about the only drink I will purchase there). 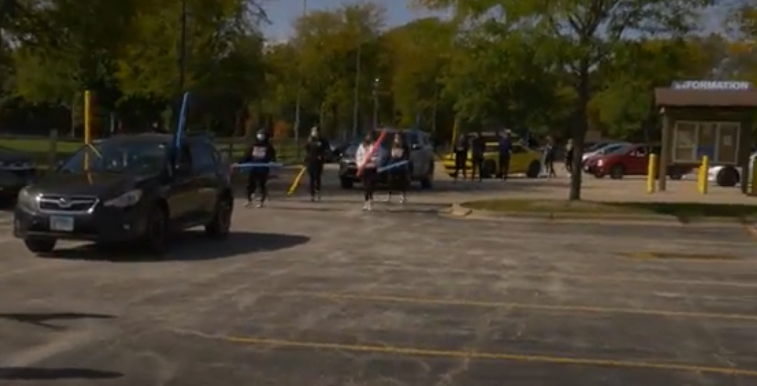 Another tradition that was revived was the Homecoming Parade. Changes did have to be made in order to carry out this socially distant event. The normal route which ran closer to the O’plaine campus had to be moved to the Almond campus and done similarly to the Drive-thru Graduation that Warren hosted over the summer for the class of 2021. Student Council arrived early the morning of October 4th to prep the Almond campus with a plethora of blue and gold decorations. Soon after students groups and advisors arrived at the Warren Township Center parking lot to decorate their cars for the paarde. Many clubs had elaborate and well thought out designs that took many by surprise. While on the lot, I had a chance to talk to Warren principals Mrs. Michele Bertola of the O’plaine campus and Mr. Rob Parrot of the Almond campus. They spoke to the joyful atmosphere that was inspired by the sense of togetherness that participants and observers were able to feel during the socially distant event. Many of the student groups that I spoke with echoed this sentiment.

I had the fortunate opportunity to not only get a behind the scenes look at the execution of the paarde but to also participate in it as leader in Warren’s Black Student Union (BSU).  After we finished decorating our vehicle which was inspired by the Classic movie “The Wiz”, we as well as all groups were given foam noodles for each member of our group to help us maintain social distancing.

Once the parade kicked off and groups began entering the Almond campus, spectators from the Warren community could be seen cheering everyone on. On just about every person’s face, it was nearly impossible to hide the ear to ear smile even under a mask. The Band and Drumline played with passion  as the parade passed Almond’s front door.

Students also had the opportunity to register for an Outdoor screening of Home Alone. The outdoor movie was also a first Warren, however I was told by Mrs. Lainio that it will become a new tradition and staple of Homecoming for the school. The outdoor movie was well received by all in attendance. Students also had the option to donate canned food upon entering. That night, Homecoming royalty was also announced. Students voted on the court for their grade level the week before.

The joy and laughter was beyond evident at the event. It was truly a great opportunity for all to safely reconnect with others and have a little fun in these trying times. With several companies having recently come out with vaccines, I think many of us are hoping that these new developments allow us to enjoy more in-person experiences like that of the 2020 Homecoming activities.