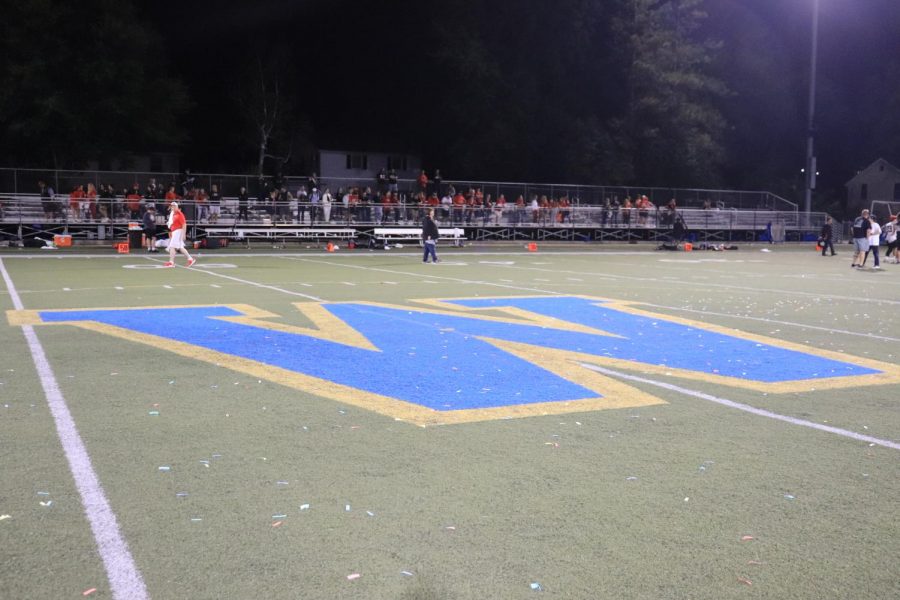 Warren’s first home football game was last Friday and it was a doozy.

They started off the season good- with a 19-0 victory over Barrington on their own turf.

Maine South, however, proved to be a much more adversary foe.

Maine South only bested the Blue Devils 10-2. After a safety early in the first quarter, Warren just couldn’t make much happen. Not to mention that the referees’ whistles went off on most plays. They lost a touchdown or two due to fouls, but they occurred around the snap, so it didn’t really change much. It was a pretty slow game, but that’s pretty much to be expected when you have two powerhouse defensive teams going head-to-head.

What kept the game lively, however, was the student sections. For a school 40 minutes away, Maine South showed up in masses. Warren’s Blue Crew was vibrant, but the Blue Devils were behind nearly the entire game, affecting morale. Maine South’s student section could be heard chanting “overrated” and stormed the field with confetti poppers in the final seconds of the game. Disrespectful? Sure. But wouldn’t we have done the same?

It’s good fuel for the players too. Hollering and celebrating on their home turf? No way.

In the end, it’s only week 2. There is a lot more football to play.

The Blue Devils travel to face the Zee-Bees of Zion-Benton this Friday, September 10th at 7:30pm. The theme is camouflage.

For more footage and interviews with coaches and players, stay tuned for the Sports Update Video this Wednesday.