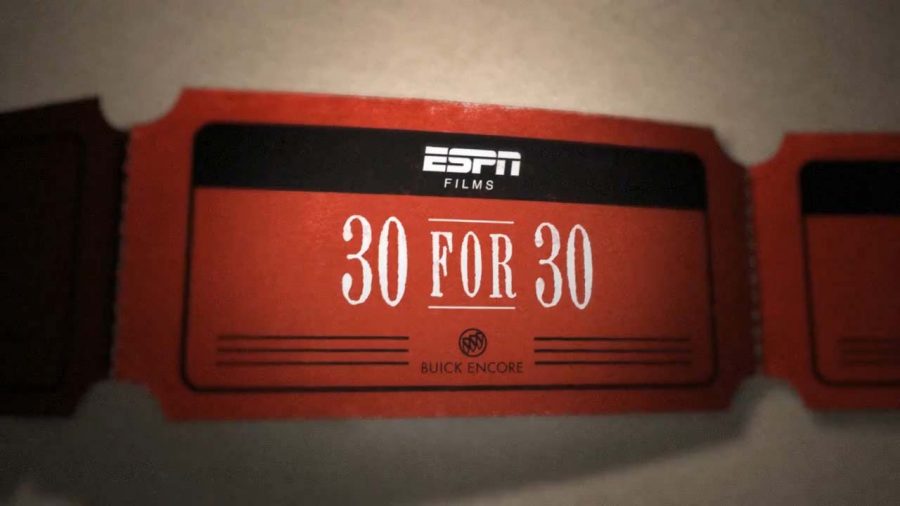 ESPN’s 30 for 30 documentary series is arguably the best sports documentary collection. It covers a wide variety of sports, stories, and stars. Some time over the summer, I binged a good portion of the volumes. Here are my top ten documentaries/documentary series.

“Jordan Rides the Bus” follows Bulls legend Michael Jordan’s dive into baseball. After winning three straight NBA Championships and picking up a Olympic Gold Medal along the way, Jordan quits basketball following his father’s murder. This documentary explores MJ’s departure from the Bulls, his journey through the minor leagues of the White Sox organization and his eventual return to basketball. I highly recommend watching this during/after “The Last Dance,” as TLD doesn’t go nearly as in depth to the subject as “Jordan Rides the Bus” does.

9. “The Day the Series Stopped,” directed by Ryan Fleck

October 17th, 1989. The San Francisco Giants were playing the Oakland Athletics in Game 3 of the MLB World Series. Until a 6.9 magnitude earthquake rocked the Bay and halted play. “The Day the Series Stopped” explores the aftermath of the earthquake on both the series and the larger community. A fascinating and heartbreaking documentary that’s not entirely about sports.

June 17th, 1994 was a monumental day in sports history. Golf legend Arnold Palmer was playing his last round of the U.S. Open. The FIFA World Cup was kicking off for the first time in the United States. The New York Rangers held their victory parade for their Stanley Cup win. Oh, and this was the day that O.J. Simpson took off in a white Bronco after being accused of murdering his ex-wife. “June 17th, 1994” has no narration and is composed solely of news audio and clips; it juxtaposes the events with Simpson’s flee.

During the 1998 MLB season, two powerhouse hitters garnered attention as they battled for the single-season home-run record. Mark McGwire of the St. Louis Cardinals was off to an early lead when dark horse Sammy Sosa of the Chicago Cubs entered the ring. “Long Gone Summer” follows their contest as well as the effect of media attention. The second half of the documentary provides some background, as it’s revealed how the two were physically able to hit so many homers.

6. “The Good, The Bad, The Hungry,” directed by Nicole Lucas Haimes

Ever heard of the Nathan’s Hot Dog Eating Contest? “The Good, The Bad, The Hungry” examines the heated rivalry between two renowned competitive eaters, Joey Chestnut and Takeru Kobayashi. This documentary also explores the competitive eating world in general. I found it fascinating as competitive eating isn’t quite mainstream.

The men’s 100m race at the Seoul Olympics in 1988 was historic for two reasons. One, Canadian sprinter Ben Johnson finished the race in under 10 seconds, crushing the world record. Two, it uncovered the immense use of performance-enhancing drugs (PEDs) in the running community and sports in general. PEDs remain an issue in sports today and the history of usage and secrecy is worth the watch.

4.5. “The Anti-Mascot,” directed by Colin Hanks

I couldn’t not include “The Anti-Mascot”. The 30 for 30 short follows the 1984 Giants and their attempt at generating a fanbase. The result? A mascot that fans were meant to hate. Performance artist Wayne Duba endured both physical and verbal attacks for being “the Crazy Crab”. At only 13 minutes in length, “The Anti-Mascot” is a short, fun, exploration of the failed experiment.

Jay Spano was a Dallas businessman who had big plans for the dwindling New York Islanders franchise. There was one issue, however. Spano did not have the resources to purchase the team. What follows is the con of the wealthy elite, top NHL directors and financial institutions. I’d compare “Big Shot” to “Tiger King” in the sense that you think it can’t get crazier, but then it does.

3. “Of Miracles and Men,” directed by Jonathan Hock

Even non-hockey fans know about the “Miracle on Ice.” During the 1980 Lake Placid Olympics, the United States upset the reigning powerhouse team of the Soviet Union. For the American perspective, watch Disney’s “Miracle.” The USSR’s story can be found in “Of Miracles and Men.” Featuring interviews from former players, the documentary explores the “red army’s” rise to power under dominant coach Anatoli Tarasov. “Of Miracles and Men” also provides insight into Soviet sports culture.

The buzz around “The Last Dance” was insane during the spring of 2020. In a ten part mini-series, the rise and fall of the Chicago Bulls organization during the 90’s. The Bulls dynasty of the 1990’s remains unparalleled to this day in any sport. “The Last Dance” features never-before-seen video, as well as interviews from Michael Jordan, Scottie Pippen, Dennis Rodman and more. Even if you’re not a Bulls fan or basketball fan in general, “The Last Dance” is worth the watch.

During the 90’s and early 00’s, cyclist Lance Armstrong was an absolute beast. He won the Tour de France seven consecutive times after beating Stage 3 Testicular Cancer. “Lance” follows Armstrong’s “truth” as he examines his career and eventual fall from grace after he was exposed for doping throughout his career. It’s a crazy story that is still subject to litigation and public scrutiny today.